Here you will find our range of World War I figure kits and historical miniatures. 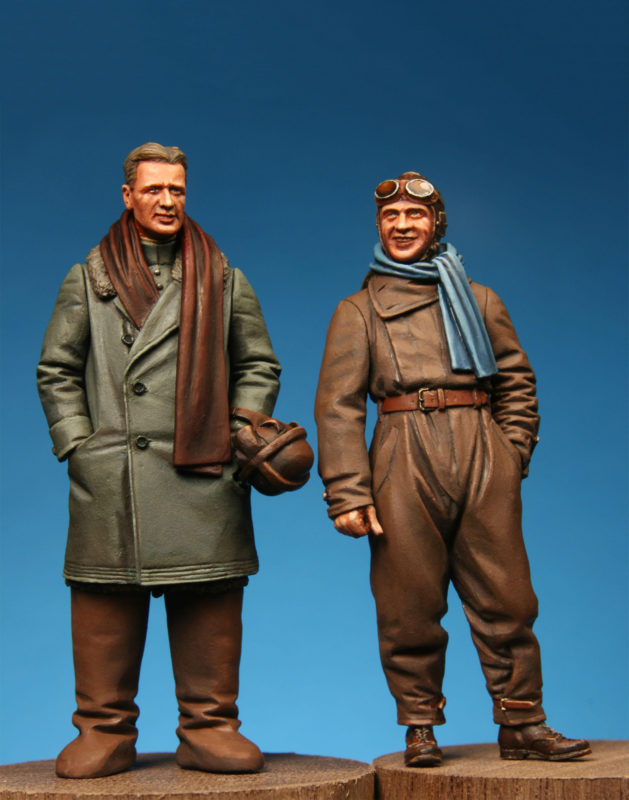 The Model Cellar is a manufacturer of military miniatures and historical figurines.We produce a range of figures, busts, and diorama and model kit accessories with a special interest in The Great War 1914-1918 (World War I).

Our 120mm range includes a subset of World War I aviators.These Pilots are often referred to as “Knights of the Air”.Our Knights of the Air Collectors Series includes famous WWI aces Manfred von Richthofen, Eddie Rickenbacker, Raoul Lufbery, Billy Bishop, Frank Luke and Georges Guynemer.Our 1/35 scale range offers 1/35 WWI figures and accessories to compliment the WWI Tank models on the market today, most notably the British Mk.IV from Takom and/or Tamiya, the Whippet from Emhar, the A7V Sturmpanzer from Meng and/or Tauro, the Renault FT-17 from Meng and a variety of manufacturers, the St.Chamond from Takom, and the Schneider from Hobby-Boss.We have recently expanded our WWI miniatures to include 1/48 WWI Pilots, and 1/32 WWI pilots (54mm) as well.In addition, we have some items that are not WWI.For example, the 1/25 scale WWII German Panzer crew and WWII German motorcycle riders the 1/25 scale kits TASCA, and several busts including a Roman Legionnaire, a Korean War era piece, and a few Native American busts.And, a new 75mm figure line including a Valley Forge series, the “Last Stand at Gandamak” and a Franco Prussian series.Please enjoy our catalog, we hope you find something you like!